When AI meets the TILs: results from the TIGER challenge

"It's the beginning of a new phase".

This is what the organizers of the challenge on Tumor Infiltrating Lymphocytes in breast cancer (TIGER) stated during the closing event of the challenge, which was held online on August 30.

TIGER was organized by researchers from the Radboud University Medical Center (Netherlands), in collaboration with an international network of clinical and academic partners, and sponsored by AWS, which provided both the computing power to run the challenge and the credits to award the best methods in the challenge. We have covered the TIGER challenge in a previous post, check it out if you want to know more about the motivation and the goal of this challenge.

About this webinar: in a nutshell, in this virtual event the organizers unveiled details of the challenge that had not been disclosed until that time, participants presented their solutions, and awards were handed out. So far, nothing new compared to many other challenge presentations out there.

But let's take a closer look at it.

The event was kicked-off by Dr. Roberto Salgado, chair of the International Immuno Oncology Working Group and international reference for quantification of tumor-infiltrating lymphocytes, who proposed a provocative comparison between the TILs and "Godot", a man who never comes. Through a lecture on the importance of the TILs and their effect as a biomarker, he left the door open to interpretation of the role of the TILs in the clinic.

A possible interpretation could be that even though the TILs have been the main "character" of many clinical studies showing their strong correlation with patient outcomes, they have not been adopted into clinical practice (yet). And that the use of AI and the results of TIGER might push the adoption of the TILs in clinical practice.

Talking about the results of the challenge, after the presentation from the participants, the organizing team presented detailed results on both the computer vision aspects of proposed solutions (i.e., addressing the task of segmenting tumor and stroma in the slide and detecting lymphocytes), as well as the prognostic value of the AI-based TILs proposed during the challenge. These results were summarized in the two final leaderboards below: 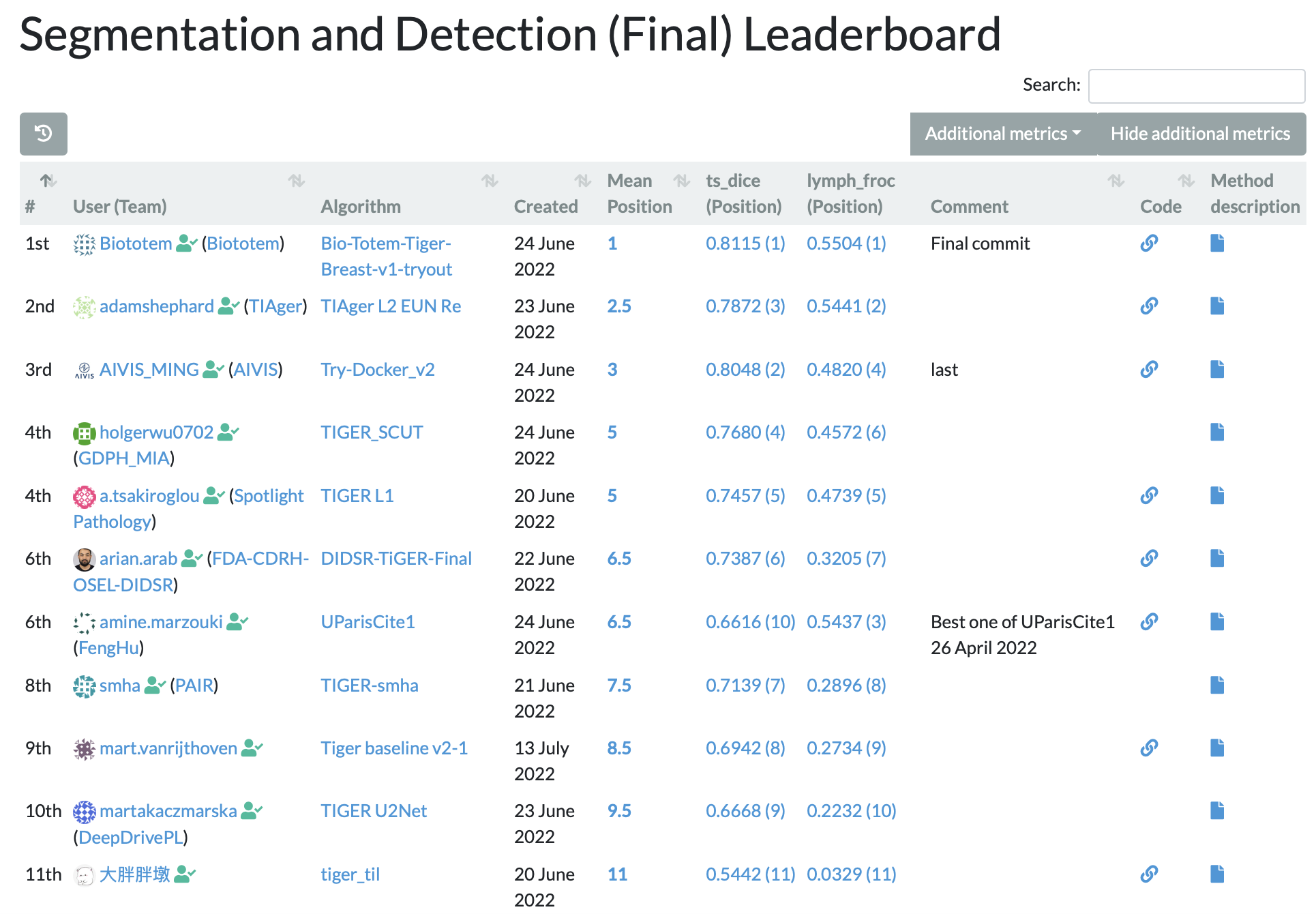 One of the main results was that some of the proposed algorithms did show a significant prognostic value when predicting breast cancer recurrence using the AI TILs on the unseen cohort from the final leaderboard on survival. In TIGER, participants could monitor the (univariate) prognostic value of their computational TILs during the challenge, after submitting their method, by visualizing the Kaplan-Meier curves, showing the probability of survival over time for two groups of patients stratified using the median TIL value: 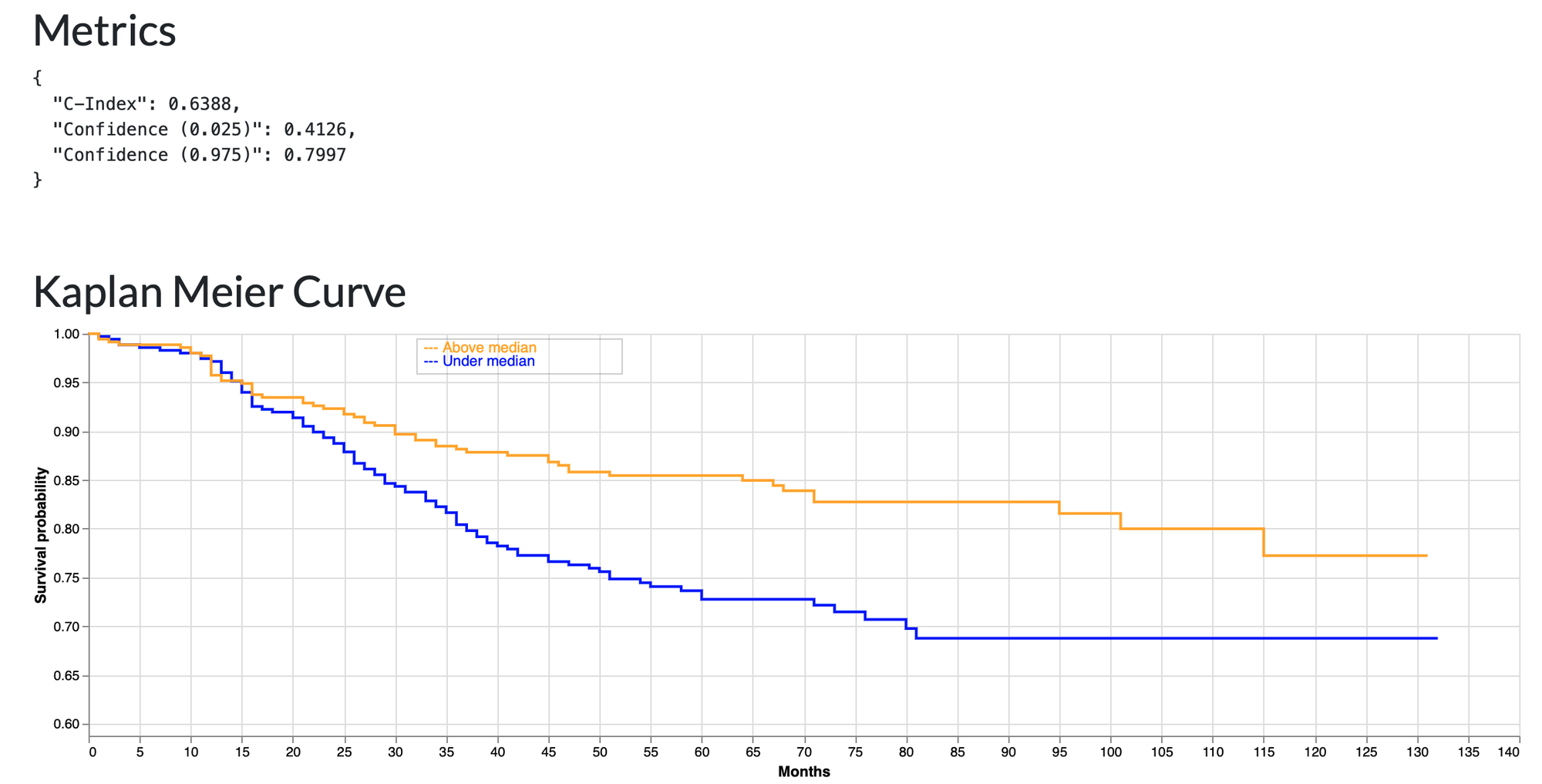 This is something that was never addressed before in the context of a public challenge, as nobody had seen Kaplan-Meier curves in a challenge before TIGER! Below are some examples of KM curves showed during the webinar, from the top performing methods on the survival leaderboard: 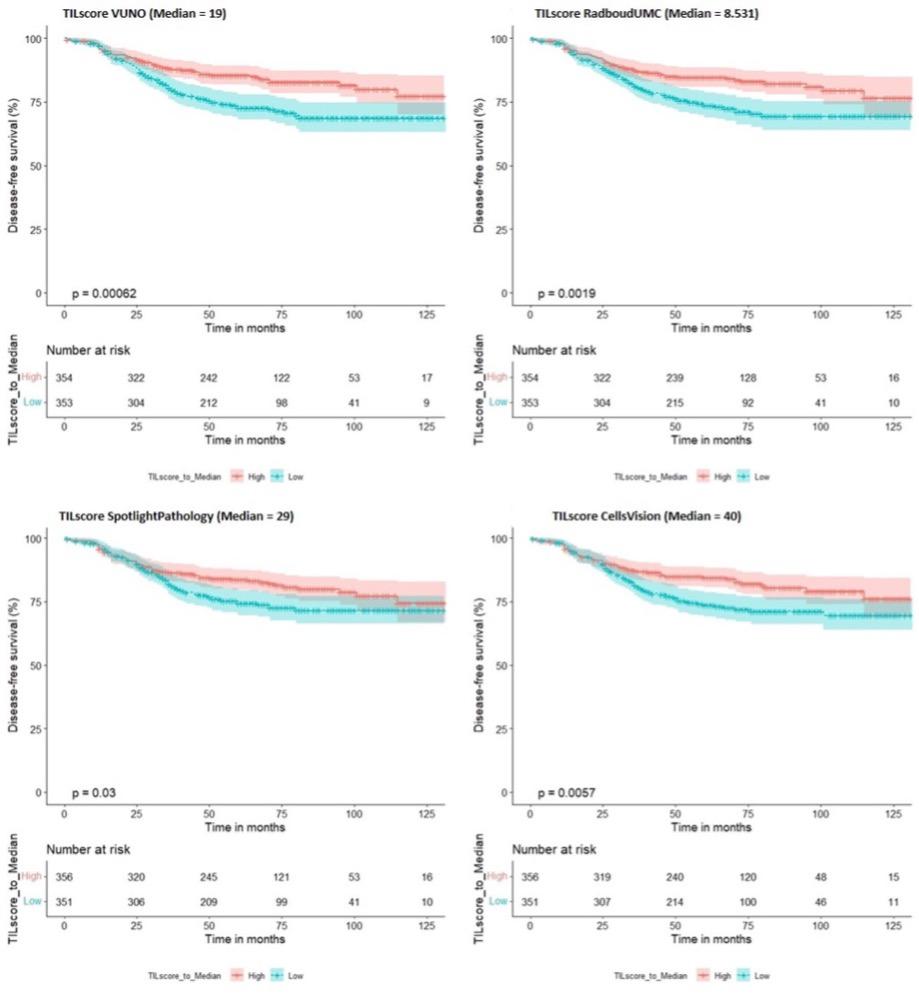 At the same time, statistical analysis of prognostic biomarkers is a field that covers multiple aspects that could not be exhaustively addressed in TIGER. Therefore, further investigation and analysis are now being done by the TIGER organizers and international partners as part of a manuscript that is currently being drafted. 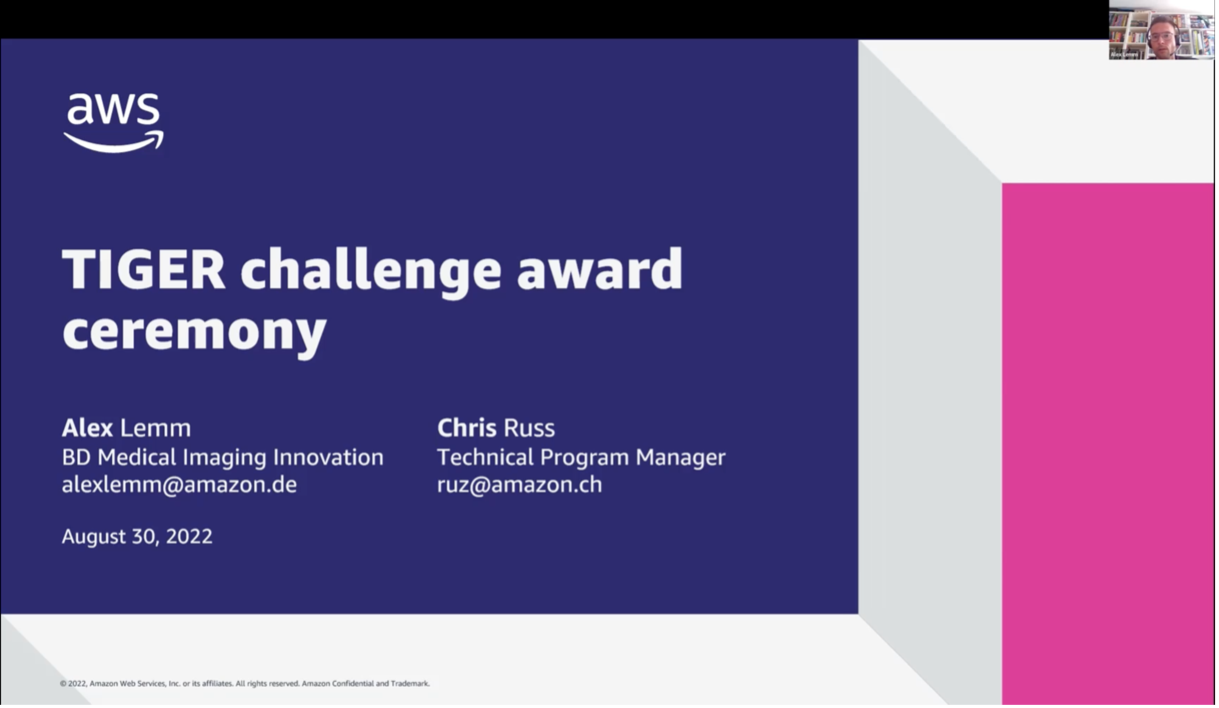 The following certificates were released to the participants, indicating the price in AWS credits awarded to each of them: 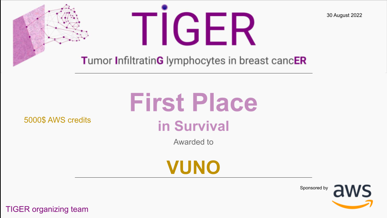 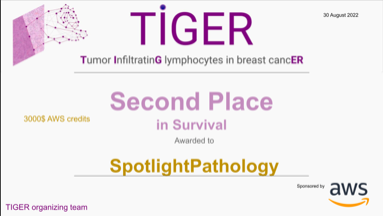 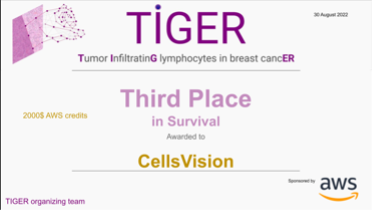 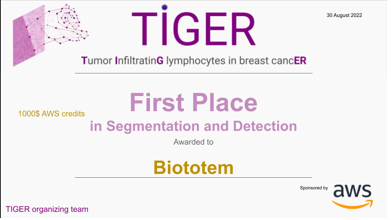 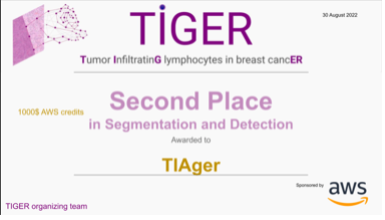 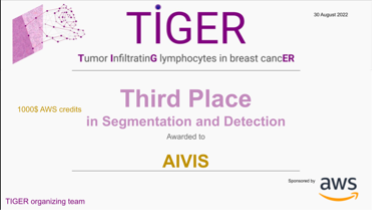 You can find the full recording of the event, as well as videos from participants explaining their solutions at this link. If you are curious to hear more about the current (post-challenge) status of the TIGER project and its future developments, or if you are interested in being involved in research on AI and TILs, check out the TIGER website or contact the organizing team.